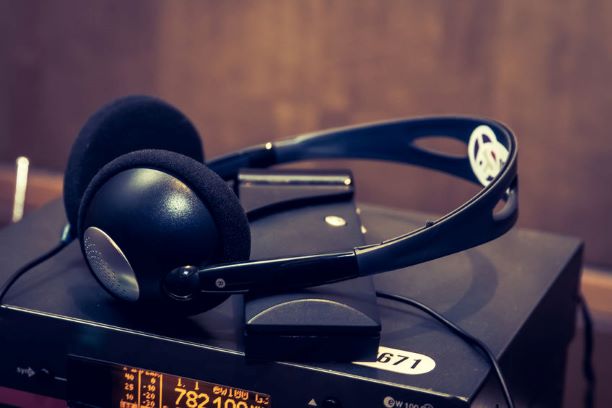 FIND THE BEST SIMULTANEOUS INTERPRETATION EQUIPMENT PROVIDERS FOR YOUR EVENT:

Sometimes, your audience and speaker do not share the same language. Perhaps it’s an international conference where your speaker is not familiar with English, or it’s a corporate meeting where people come from diverse backgrounds and speak different languages.

As such, many events are now multilingual events held in simultaneous interpretation mode.

This will prevent the interpreter from interrupting the flow of speech, and all it requires is a skilled interpreter and specialised simultaneous interpretation equipment.

With many multilingual events being hosted, manufacturers of simultaneous interpretation equipment can also be found everywhere.

You might spot some cheap simultaneous interpretation equipment in the market but do a double take. You wouldn’t want to risk your event with unreliable equipment – after all, once the speech and interpretation have been simultaneously made, you can’t rewind time to ensure that the message has been communicated smoothly to your live audience.

It would be best to choose a company that specialises in such equipment. If you are working with a professional conference interpretation and translation agency, they usually have their own equipment or have a partnership with a specialised simultaneous interpretation company.

Set-up For a Simultaneous Interpretation System

During simultaneous interpretation, interpreters work in a soundproof booth with highly specialised wireless equipment. For events such as conferences and congresses, there are two main types of booth set-ups – permanent installations and portable setups.

Some conference facilities have simultaneous interpretation systems permanently built into them, known as permanent installations. The booths are small rooms and are the most comfortable set-up. However, they are not mobile and are often available only in major conference centers.

For places with no permanent installations such as hotels or ballrooms, you can bring in portable booths and install them before your event. They come in different sizes and can usually be easily assembled through hook fastenings. These mobile booths are similar to permanent installations in terms of lighting and ventilation. There are usually at least two interpreters in each booth, with each booth in charge of a language.

In a simultaneous interpretation booth, you would usually need good lighting, ventilation fans, chairs, as well as internet and power connections. The interpreters would also need a console, also known as a control centre, that allows them to receive, transmit and control the audio. They would also need transmitters, receivers and high-quality microphones.

Your audience would also require wireless receivers. To determine the number of receivers needed, you will need to know the number of attendees you’ll be having as well as the size of your event space.

The more languages you’ll be interpreting the speech in, the more channels you’ll need. With more languages or channels, the more complex the technology used will be as well. Be sure to inform your audience what channel the languages are on before your conference or seminar begins!

To ensure that your interpreters can hear the speech clearly to translate it, your speakers or presenters should always use a microphone when they are talking. Since they are working in soundproof booths, any comments not made with a microphone will be left out.

Before your meeting or conference starts, make sure that the receivers and headsets are available and ready to be used. Remind your audience to put them on before the event begins – they wouldn’t want to be floundering for them in the middle of a presentation, disrupting your programme flow!

While a fully charged receiver should not have any issues operating for a full day, there may still be battery issues at times that can cause the sound quality to deteriorate. Be sure to have an audio technician on standby to issue new receivers or handle any audio problems!

Having a technician around also helps with technical support during the event, as well as its set-up and tear-down.

Having a simultaneous interpretation set-up at a multilingual event is a technical process and event solution that is best done by working with specialists of such a field. The set-up would depend on your location and needs, and these specialists and technicians can help to recce your event site and determine a successful set-up. This ensures that your event, held in simultaneous interpretation mode, will go on smoothly and successfully!